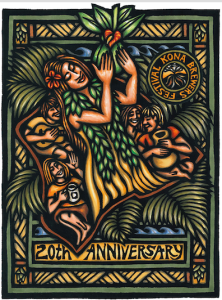 The Kona Brewer’s Festival is blending brews and blues this year to celebrate the 20th anniversary of the Festival.  We are excited to announce our line up for the “Brews and Blues” concert on Friday March 13th starting at 7:30 pm at the luau grounds at Courtyard King Kamehameha’s Kona Beach Hotel -The Aloha Bluegrass and the Whipstitch Sallies! 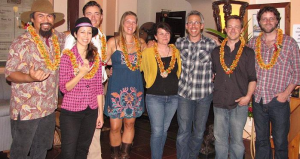 The Aloha Bluegrass Band hails from the mainland U.S. and Alaska plays a mix of original and traditional songs that honor the first generation masters while bringing a fresh new energy to bluegrass and folk music. All the basic ingredients of great bluegrass are there – driving rhythm, soaring fiddling, hot picking, and sweet, tight harmonies. But what really grabs you is the passion and excitement they express through their music.

The Whipstitch Sallies are “bluegrass rockers with panache.” Four women command the stage with their electrifying presence, traditional instruments, and tight harmonies. Allie Burbrink drives the rhythm on open-back banjo and guitar while Kat Erickson holds down the groove on upright bass. Sam Herrin’s blistering mandolin licks and Kona’s own, Katie Burk’s spirited fiddle leads kick up an exuberant racket that’s rooted in mountain music but

informed by styles from country and jazz to indie rock.  Watch the Whipstitch Sallies video.

Tickets to the concert are $25 for adults and keiki 12 and under are free. Proceeds from the concert benefit the 2015 charitable beneficiaries that the Kona Brewers Festival supports. Tickets are available here and know every drop means brews for a better world!