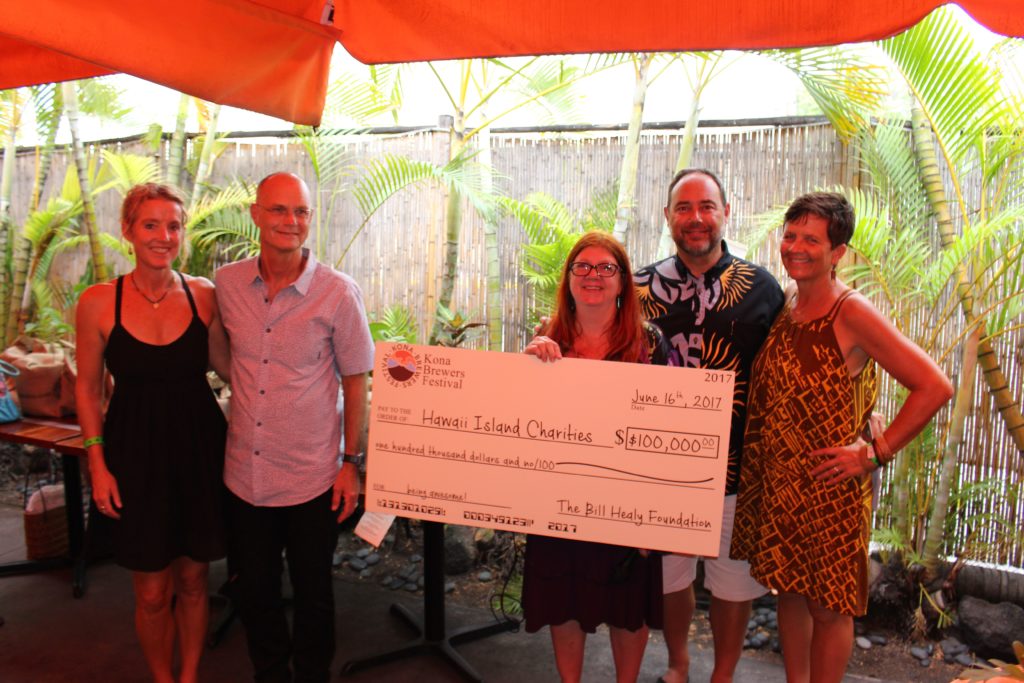 KAILUA-KONA-The annual Kona Brewers Festival Pau Hana Celebration, held Saturday, celebrated recipients and the $100,000 in funds raised by the 22nd Kona Brewers Festival.  Over the 22 years, $1,065,000 has been gifted to local organizations serving youth, the environment and cultural programs.

Festival goers remember the feel-good beer, fashion, and fun in the sun, but coming together to celebrate craft beer is just the beginning. The Springtime event is a tremendous collaboration of more than 700 people from various groups and businesses. Beginning with the 40 chefs and 40 brewers working together to showcase their work, a pre-festival 5K/10K brings athletes and recreational family participants together to celebrate health and access to trails.  In addition, the festival is made possible by more than 20 non-profits who donate their volunteers to staff the event.  In turn, festival proceeds provide a financial gift to fund local work year-round. “All the Beneficiaries volunteer in some way to make the Kona Brewers Festival a success.” Said Kate Jacobson, Executive Director of the Kona Brewers Festival, “We encourage you to visit our website to learn more about the important work these people do to make the world a better place.” 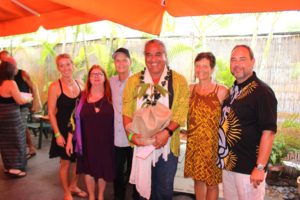 In addition to funding some of the best island programs, this special event on the shores of Kailua Bay diverts 90% of festival waste from landfills, much of it becoming soil for Hawaii Island school gardens.  The Kona Brewers Festival proudly accepted the 2017 Hawaii Green Business Award, and to offset the carbon impact of flying to Honolulu to accept the award, Rolinia trees were given to Beneficiary organizations to plant throughout the island.

Sustainable Legacy – perpetuating a model of interconnectedness between humans, culture and environment

Responsible Guidance – acting with integrity and generosity for future generations

South Kona Education for the Arts