Breweries have been selected and notified for the 19th annual Kona Brewers Festival on Hawaii’s Big Island. The event, to happen Saturday, March 8, 2014 from 2:30 to 6:30 pm boasts a top-notch roster of some of the biggest names in brewing today. The lineup of brewers attending is: 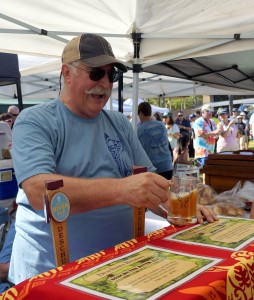 The annual fundraising event, held rain or shine on the beach and luau grounds at King Kamehameha’s Courtyard Kona Beach Hotel in Kailua-Kona, is presented by Alaska Airlines, First Hawaiian Bank and Keauhou Veterinary Hospital, and began almost 2 decades ago as an anniversary celebration for Kona Brewing Company. The festival grew each year as did the number of charities supported by the event, and today more than 2,000 people attend.